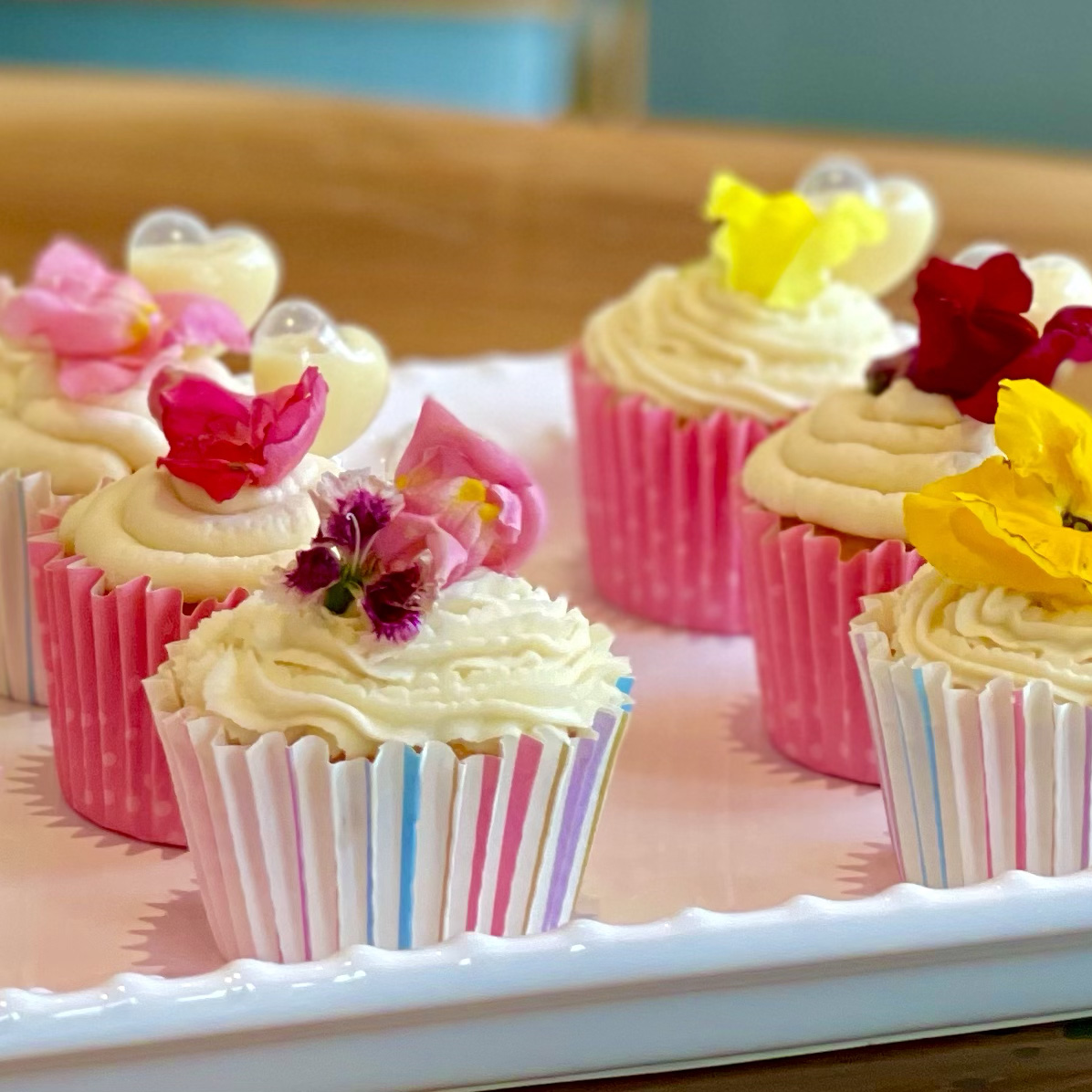 Pour into prepared cupcake pans and cook for approximately 25 minutes or until a toothpick inserted in middle comes out clean. Move to rack until completely cooled.

MASCAPONE ICING DIRECTIONS
Put mascarpone in a bowl and mix on medium speed until just smooth (less than a minute). Add Lina’s and vanilla, then add confectionary sugar and meringue powder. Turn mixer to high and keep running as you slowly add whipping cream in a steady stream. Continue beating until it holds peaks when you lift beater out of the bowl. Be careful NOT to overbeat or frosting will break down and separate. This only takes a couple of minutes depending on your mixer.

Put icing into piping bag and going in a circular motion cover top of each cupcake. Garnish with an edible flower.

Fill pipettes with Lina’s Crema di Limoncello and stick into topside of cupcake. When ready to eat, squeeze pipette to release Lina’s into cupcake, and enjoy!